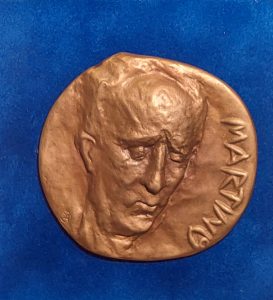 The newest recording of the Smetana Trio with piano trios by Zemlinsky, Rachmaninov and Arensky

The Smetana Trio performed many times on international stages in last times – for example in France, where the Smetana Trio very successfully cooperated with Orchestre National des Pays de la Loire conducted by John Axelrod – 7 times Triple Concerto by Beethoven for 10 000 listeners. In recent times the Smetana Trio played for many festivals and concert series in Europe, America and Africa – for example in France – Cambrai, Chalon, Nice and Aix en Provence, in England – London and many further cities of Great Britain, in Germany – München, Würzburg, Tübingen, Festival Hohenloher Kultursommer, but also in the USA, Brazil, Switzerland, Italy, France and Egypt. In 2018 the Smetana Trio mediates its art to the audience in the Czech Republic – incl. Prague Spring Festival, in England – incl. prestigious Wigmore Hall in London, in Italy, Germany, Rumania and again in the USA – this time in 12 cities for example on renowned stages in Washington, New York, Philadelphia, Chicago, Los Angeles, San Diego. In 2019 the Smetana Trio continues in its successful tour in the USA and Canada, playes many concerts in the Czech Republic, England – incl. the new concert at the Wigmore Hall, in Italy, Switzerland, Spain and South America. 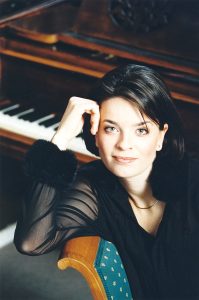 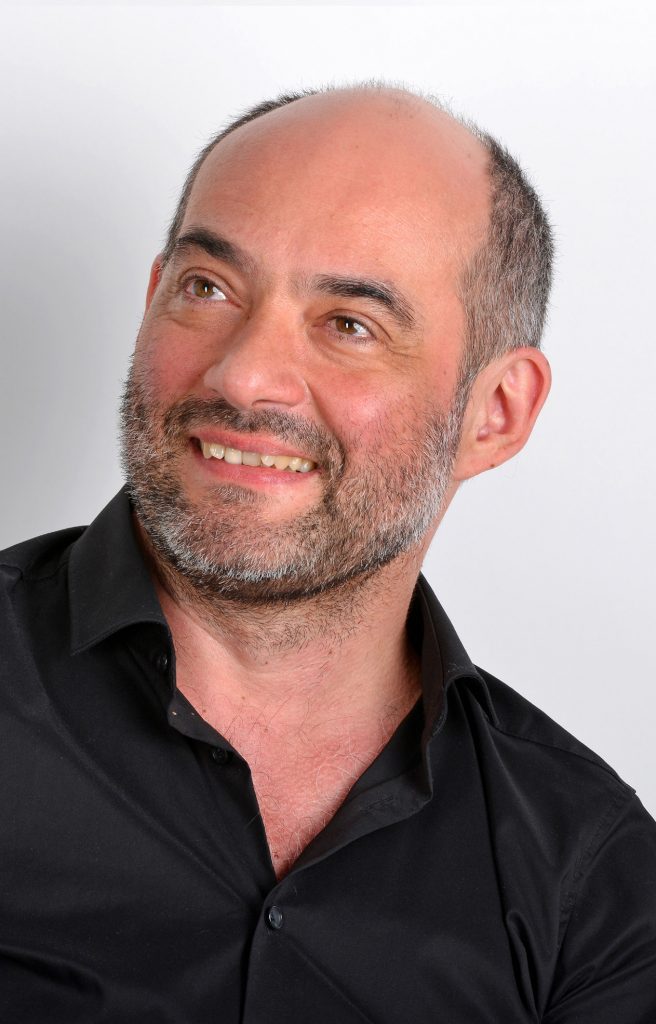 Pianist Jitka Čechová completed her piano studies at the Prague Conservatory (Prof. Novotný) and continued at the Academy of Performing Arts in Prague (Prof. Toperczer). Her individual musical gifts were then developed to their full during postgraduate studies under Eugen Indjic in Paris and Vitali Berzon in Freiburg. She acquired further experience during her research studies at master classes given by Rudolf Kehrer in Weimar, and Eugen Indjic and Lazar Berman in Piešťany.
Jitka Čechová has been the laureate of numerous international competitions – International Chopin Competition in Marianske Lazne, International Smetana Competition in Hradec Kralove, International Hummel Piano Competition in Bratislava, International Chamber Music Competition in Detmold.
She has been the subject of critical acclaim as a soloist in many European countries as well as overseas (South Africa, South America and Japan), where she cooperates with prominent orchestras (such as Prague Symphony Orchestra FOK, Symphony Orchestra SWR, South German Philharmonic Orchestra Konstanz, Bamberg Symphony Orchestra, Prague Chamber Philharmonia, Munich Symphony Orchestra, Symphonic Radio Orchestra Montevideo, and Symphonic Orchestra Durban) and gives both solo and chamber performances. She is regularly invited to prestigious international stages and festivals (including Prague Spring, Graz, Paris, Alte Oper Frankfurt, Baden-Baden, Bodensee Festival, Český Krumlov, Moravian Autumn, Edinburgh, Bamberg, Janáček May, Ticino Musica).
Chamber music is an indispensable component of Jitka Čechová’s musical identity. She brings a full emotional commitment to bear to her role as pianist in the Smetana Trio, supported by the brilliant technical basis of her solo metier. Within the Smetana Trio partnership she also plays chamber duets with her partners in the Trio (Radim Kresta – violin, Jan Páleníček – cello) and performs solo pieces as part of the Trio’s chamber music repertoire.
The focus of Jitka Čechová’s repertoire is on works by the Czech composers – Smetana, Dvořák, Janáček, and Martinů. She has given two concerts consisting of works by Smetana at the world-famous Edinburgh Festival in Scotland. Zdeněk Lukáš dedicated his Third Piano Concerto to her, which she premiered with spectacular success during her concert tour of Germany with the Symphony Orchestra Südwestfunk (cond. Petr Altrichter).
Jitka Čechová has made a number of recordings for the labels Intercord, BMG, Lotos, and Cube. In 2014 – in the year of Bedrich Smetana´s jubilee – she finished her recording of the complete piano works by Bedřich Smetana for Supraphon (8 CDs), a project that has collected awards by major music critics and magazines both at home and abroad – Diapason, Répertoire, International Record Review, and Harmonie. Recently she made a recording of all three piano concertos and concertino written by Josef Palenicek in the cooperation with the Czech Radio Symphony Orchestra (cond. Ronald Zollman and Stanislav Vavrinek). Presently she is cooperating on the large project of the complete sonatas recordning by Domenico Scarlatti for the Czech Radio.
She has given master classes in Prague, London, the Northern College of Music in Manchester, Brasilia and Campos do Jordao in Brazil, the Colburn School University in Los Angeles, Eau Claire in Wisconsin, and in Luxemburg.

Violinist Jan Talich is known nowadays an exceptional figure not only on the Czech cultural scene, but also internationally recognised. In his rich career he is able to connect, at the highest level, his knowledge and experiences of several professions. He performs as a soloist, chamber player, conductor and pedagogue the world-over.
His longest path has been that of his solo career. Whilst still at the Prague Academy he won the both national and international competitions (Zagreb 89). These helped him begin his solo career, which lasts until today. He has performed with piano partners such as Itamar Golan, Gottlieb Wallish, Jean-Yves Thibaudet and Jean Bernard Pommier.
For 5 years he was a member of the Kubelík Trio, with whom he recorded the complete Czech writings for piano trio. He left to take up the post of first violinist of the Talich Quartet.
The quartet, founded by his father in the year 1964, is one of the world’s best ensembles. During the 20 years of his time in the quartet they have performed regularly in the best concert halls of the world and have recorded tens of CDs.
Jan Talich plays the extraordinary violins made by J. Gagliano in 1780 and by G. P. Maggini in 1600.

Jan Páleníček studied at the Conservatory and the Academy of the Performing Arts in Prague under Saša Večtomov and Miloš Sádlo. Close contacts with Paul Tortelier, the world-famous French cellist, made for a happy culmination to his early development. He studied chamber music under his father, Josef Páleníček, and in the class of Josef Vlach – first violin in the legendary Vlach Quartet.
Participation in international competitions has brought Jan Páleníček numerous awards. As a soloist he plays regularly with leading Czech and international orchestras, including the Prague Symphony Orchestra, the Prague Radio Symphony Orchestra, the Janáček Philharmonic Orchestra Ostrava, the Lugano Festival Orchestra (Switzerland), the Suk Chamber Orchestra, the Hradec Králové Symphony Orchestra, the Pardubice Chamber Philharmonic, the Monte Carlo Philharmonic, the Brno State Philharmonic, the Bohuslav Martinů Philharmonic Orchestra, the Bamberg Symphony Orchestra (Germany), the Prague Philharmonia, the Moravian Philharmonic Orchestra Olomouc, and the KwaZulu-Natal Philharmonic-Durban (South Africa). His concert tours have taken him not only to numerous Europe countries, but to America, Africa and Japan as well.
He has made numerous recordings for both Czech and internationals labels, and for radio and television.
His recordings of the sonatas of Brahms, Martinů, and Rachmaninov and the concertos of Dvořák, Tchaikovsky and Haydn have been exceptionally well received.
For a number of years he taught at the Prague Conservatory and the Academy of Performing Arts in Prague.
Jan Páleníček plays the unique instrument made by F. Delanoy in 1829. 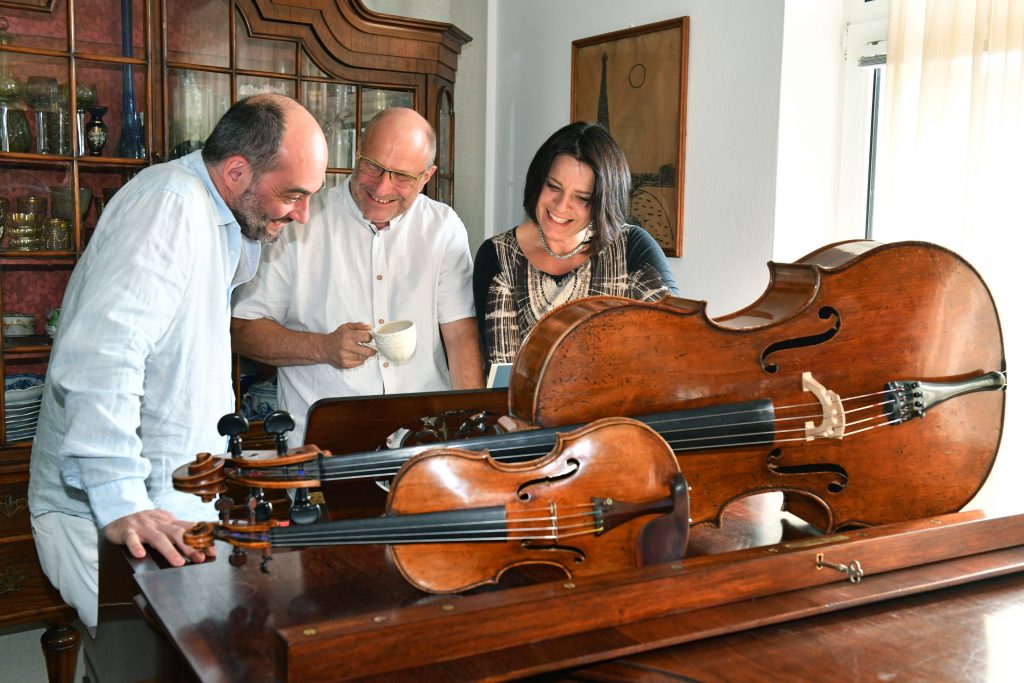 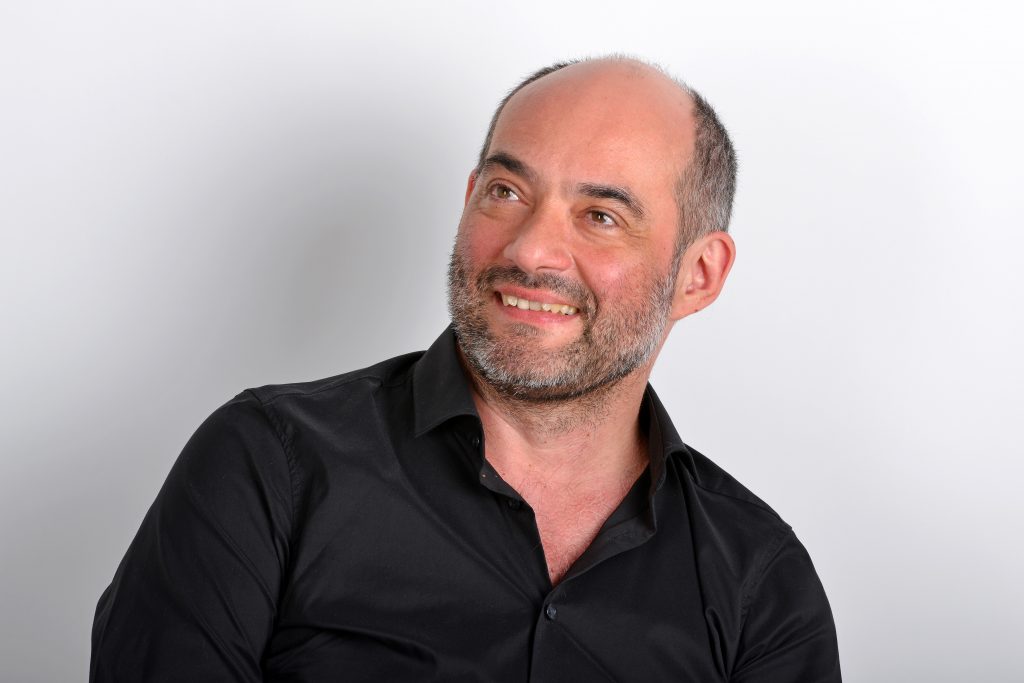 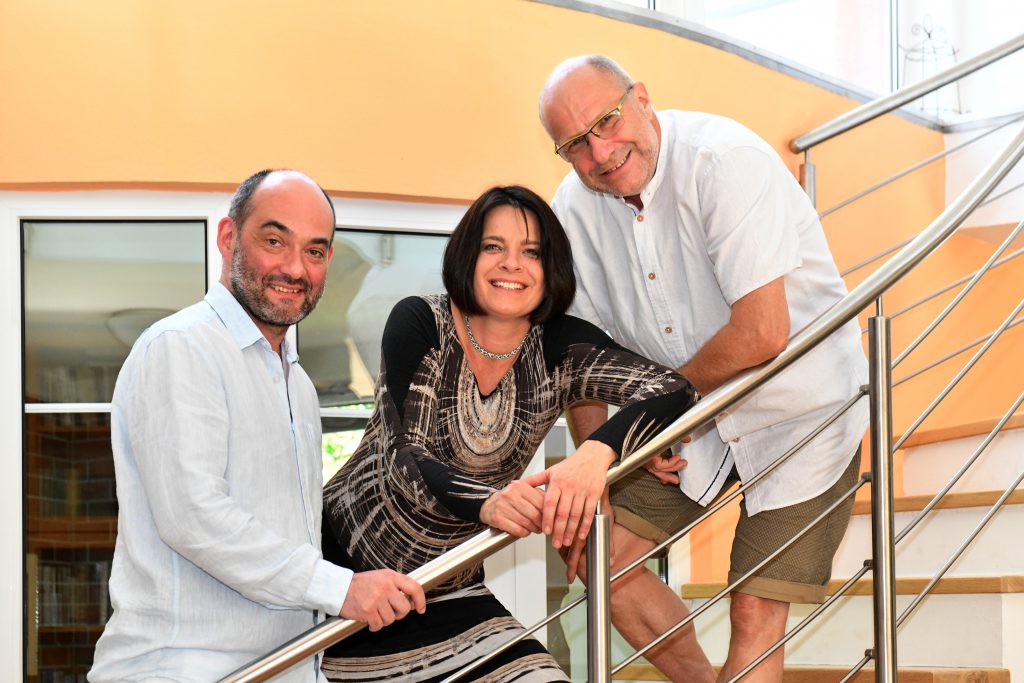